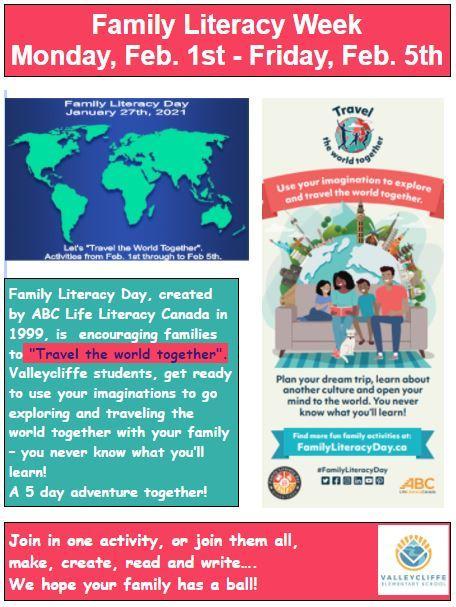 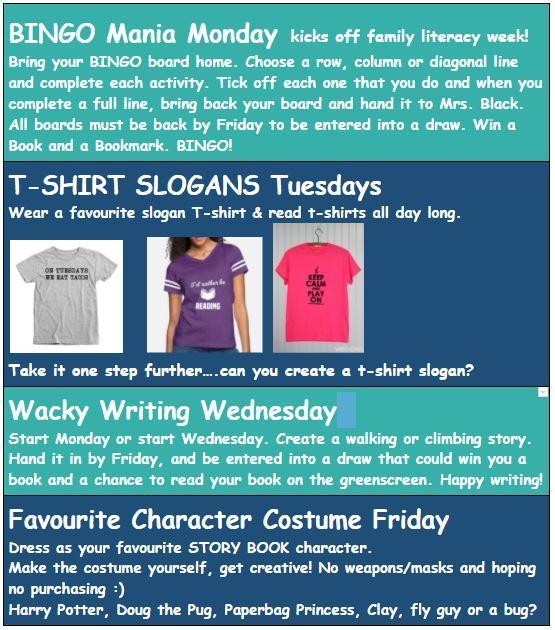 All Valleycliffe students, Kindergarten to Grade 6 contributed in a developing narrative. Each class took turns adding to the story. It was a fabulous experience and a very funny result.


Once upon a time, there were some pugs living in a cave in the Valleycliffe forest! The pugs liked joking around. One pug said to the group, “What do you call a number 9 that’s late? A number 9 not on time!”


The cave had an eyeball door knocker. A funny clown with a red squishy nose showed up to the cave and knocked on the eyeball knocker. Burnaby the pug opened the door and said, “What do you think you’re doing here?”

The clown said, “Oh pickles, I was just wondering if I could set up a circus here at your cave in Valleycliffe forest?”


“Why don’t we let you have a little time here and see if we can make an agreement if you can set up a circus”, said the Pug. The clown got started putting on the circus and the Pug made a pickle party AND a banana party on the side.


The zoo animals showed up and the clown fed them pickles from the party before they started performing.


Meanwhile, Burnaby’s friends, Jamal the pug and Jaquavus the Chicken Ninja were climbing a tree in the forest when a big spider landed on Jaquavus’ face.


JimmyBobJoe the squirrel, and Justin the Turtle, came to help, but they fell out of the tree and landed on the trampoline during the performance. At the same, Jaquavus flew down and began fencing with one of the clowns.


All of a sudden one of the pug dogs noticed that their friend Cookie was trapped. A hunter from the next village over had come to the Valleycliffe forest and trapped him. He was trapped in a banana trap. The reason it is a banana trap is because the bananas were eaten by Cookie and he went right into the trap. His friends are very upset.

The hunter took Cookie to the village where he was from. The hunter trapped Cookie in his house and wanted to use him to get an iPhone from the clown’s the next morning, like a trade.


That night the other Pug’s had to sneak in to try and save Cookie. They climbed over the roof, snuck down the chimney, and rescued Cookie by using a key they found on the ground next to the trapdoor.


Suddenly, the hunters returned. The hunters grabbed the pugs by their tails and tied the tails all together and dragged them into their car. The hunters drove them to the dog pound. The people at the dog pound felt sad about the poor pugs all tied together, and gave them a sleeping potion so they could get some rest.


In the morning, the people at the pound untied the tails and set them free. But unfortunately, the people at the pound weren’t as nice as the pugs thought. They were actually sending them into a trap because they were allergic to the pugs. Luckily, Cookie was brave and used her sharp teeth to bite and sink her teeth into the trappers legs and hip.


The relieved Pugs looked and saw a museum nearby and a dominus rex, the dinosaur from Jurassic World, coming to save them. They ran with the dinosaurs, but where they were headed was right  towards a volcano erupting and they were about to run straight into it.


However, for some reason there was a hover board ready to take them off land. When they got into the air, there was a giant donut that….exploded !


The pugs started digging in and munching the little pieces of half chocolate/half vanilla sprinkled dipped donuts. Strangely, they fell asleep soon afterwards. However, a small strawberry donut continued to fall on Burnaby the Pug, woke him up, and turned him into Super-Donut Man. Justin the Turtle came out of the volcano on his flying Lamborghini. Soon they noticed that the flying Lamborghini was fireproof because they drove right through the lava.


Finally the Lamborghini landed in a mansion and it exploded blowing up the whole entire mansion. Just when the circus people thought all hope was lost, the pugs strolled very slowly and dramatically out of the building.